The Heinkel He-112 Fighter was a low production Fighter Plane developed for The German Luftwaffe in 1935. The Model (of which only 103 were made), was equivalent to the more popular Messerschmitt Bf-109 Fighter in almost every facet of combat. First ''tested'' in combat with The Franco Forces of Spain during The Spanish Civil War of (1936-1939), The He-112 was also tested with rocket assisted packages (with moderate success). The Program was outpaced by Hitler favored Messerschmitt Fighter Program in 1940. Although no further Models were produced, The He-112 still saw Courier Duties well into 1944.

The He-112 was piloted by one. They were 30-feet in length with a wingspan of 40-feet. Powered by a single Junkers Jumo V-12 Engine capable of 690-HP. Airspeed was rated at 300-mph with an operational ceiling of 26,000-feet. Armament included Twin 7.92mm Machine Guns and Twin 20mm Auto-Cannons. 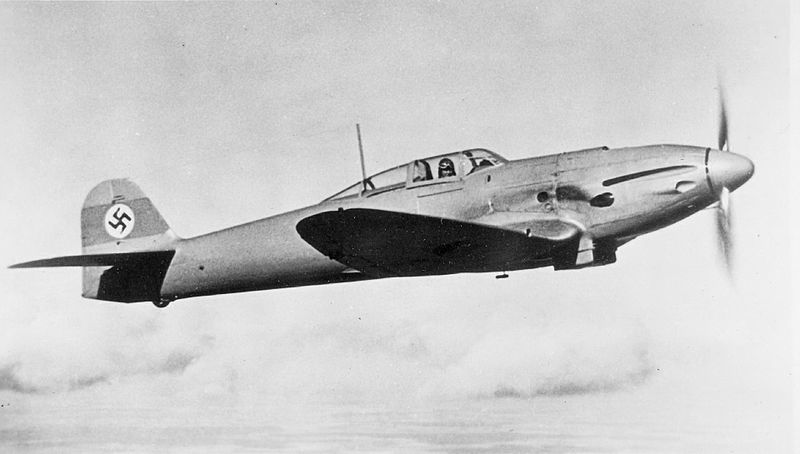