Deployed in 1942, The Hafthohlladung was an Anti-Tank Grenade weapon (often confused by The allies as a Mine). The Grenade was a magnetically attached device which was Cone-shaped. It held roughly 5-pounds of shaped HE (Fragmentation) Explosive. Rather than being attached to Enemy Armor Treads (to cripple said Vehicle in any forward movement), The Hafthohllafung was attached to the Armor Plating of The Tank. The shaped charge (which detonated in 7-seconds from arming), directed the blast ''inward''. This ensured that the Enemy Crew inside were fatally wounded or killed. Over 500,000 Hafthohlladung Devices were built and deployed with The German Wehrmacht. 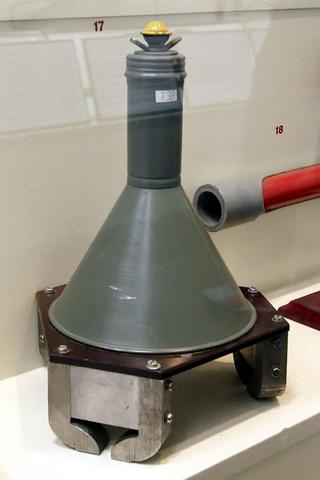