The G7e was the standard issued weapon used by The German Kreigsmarine, in World War II. The Torpedo was the predominant weapon used by Hitler's vaunted U-Boots (Submarines). First deployed in 1936, The G7e was cheap and simple to produce – thus making them popular and non-refined (evolved). Only (3) variants were made, for Submersible, Aircraft and finally Ship-board usage.

Powered by a 100-HP Electric Motor, The G7e also used lead-batteries (which were the only true component which needed to be maintained on occasion, but to corrosion). Typically measuring 24-feet in length with a diameter of 21-inches, The G7e could achieve a speed of 30-knots – with a 5,000-meter operational range. A puzzle to Allied Forces, it was not until a U-Boot was captured in 1944 – that an intact G7e could be studied (some of the designs of which would be later incorporated in Allied versions). 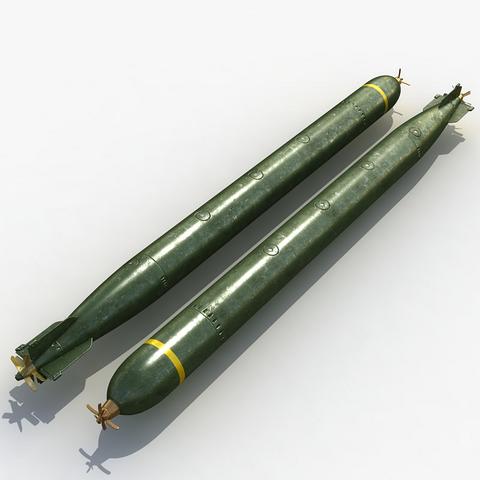