Another ''Wunderwaffe'', The envisioned German Focke-Achgelis 269 was an innovation in aircraft design which would be emulated well into Fighter production of many Air Forces throughout The World. It was perhaps one of the first vertical take-off aircraft successfully tested, although too late for the crumbling Nazi German War effort to be of any use. Prototype Models fared well in wind tunnel tests. However, Hitler scrapped the Project for other for ''exciting'' ones. Many in The Luftwaffe kept the plans secret in hopes of revitalizing it at a later date.

Crewed by (1), The Fa-269 was roughly planned to be 30-feet in length. It's wingspan was to have ranged around 35-feet. (2) large radial BMW 801 Engines were to be mounted into the wing assembly, which could them be rotated downward. The lift of over 2,500-HP was deemed sufficient to lift the aircraft up roughly 100-feet. By adjusting yawl and pitch, forward motion could be achieved. This combined with the standard main propeller created The VLTO effect. Rated at nearly 400-mph, The Fa-269 would have been armed with twin 30mm Nose Cannon. It was envisioned as a form of close ground support aircraft which would have been a ''game changer'' had they been built and deployed during The Normandy Invasion of 1944. 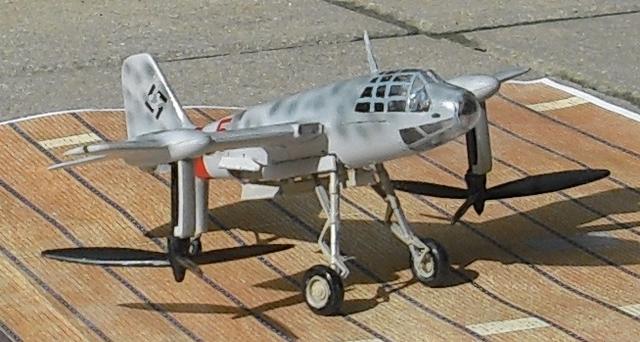