Another German “Wonder Weapon”, The design of Germany's Focke Wulf Ta 283 was to be an innovative design of Ramjet/Rocket. With Germany making great strides in Jet Aircraft and Rocket development (too late however to be effective), many unusual designs were brought forth. Planning began in 1944, with no Prototypes built. Plans however saw a Twin Ram Jet Engine System coupled with a Rocket (solid fuel) initial launch Stage. It's wing design was to be a radical Swept 45-Degree angle. Low and front set with the Fuselage, this too was very slender and Rocket-like. Thought to have been able to achieve 600-mph, The Ta 283 would have been able to achieve 25,000-feet withing 15-minutes of launch. Armed with multiple 20mm Cannon, The Ta 283 was looked to engage and destroy the many Allied Bombing Squadrons attacking Germany. 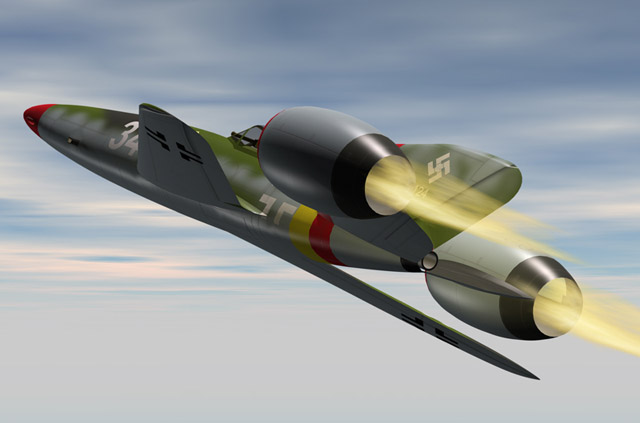