Developed in 1938 for future Carrier-Based Warfare, The German Luftwaffe Fieseler Fi-167 was a Bi-Plane Torpedo Bomber and Reconnaissance Plane. Unique in that it was designed to ''land'' in water (by dropping it's detachable wheels and struts and having a water-proofed fuselage).

Due to the change in Hitler's support with The Kreigsmarine Plan Z, the first of The German Aircraft Carriers ''Graf Zeppelin'' was never finished. The (14) prototypes would have been the first used with that Ship. Instead, they would be sold to Croatia (a Reich Allied Nation). The Fi-167 did actually become the last Bi-Plane to be used in direct air combat, when in 1944 – Fi-167 was able to shoot down an American P-51 ''Mustang''.

Armament included (1) Forward Mounted 7.92mm Machine Gun and (1) additional Gun mounted in the Rear Fuselage. Capable of carrying between 500 and 1,000-pounds of Ordnance, the primary weapon was of course to be a 1,500-lbs Torpedo. 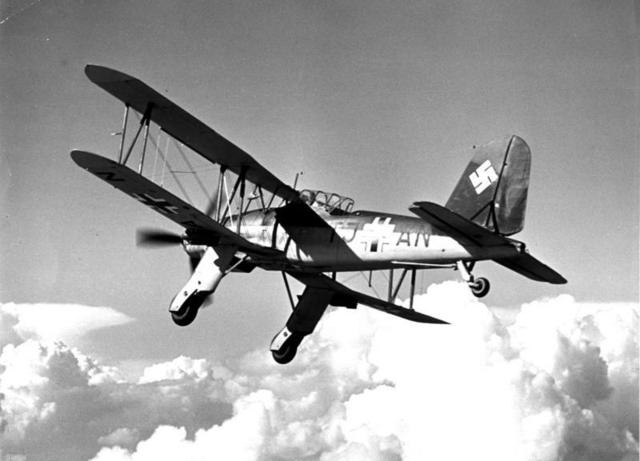