With the beginning of 1945, The German Homeland was ablaze from continuous and maintained Allied Bombers. Aircraft and other munitions production Plants were primary targets. While Germany was rushing it's Jet Fighter Programs into deployment (of which some were), it still needed an effective and cost saving measure to shoot down Bomber Squadrons. The Feuerlilie System Twelve Prototype Surface to Air Missiles were attempted. The average Missile was 6-feet in length and were solid fueled. The warhead payload was 100-pounds of High Explosive. In this, the problems developed. Using Jet Engine technology was problematic with The Feuerlilie, as was the weight of the warhead. Most test attempts found the rockets either spiraling off course or exploding prematurely. The problems would not be corrected due to the abrupt end to The War. 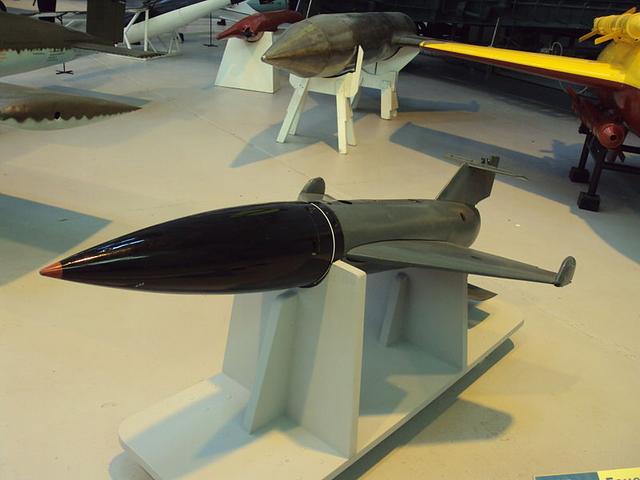