With prototype designs beginning as early as 1943, The German Enzian was envisioned as a viable Surface to Air Missile, with good attributes for adoption into Air to Air usage. This Model was one of the first German Radio Controlled and guided Missile first successfully tested. Requiring (4) solid fueled rocket boosters, capable of producing over 7,000-pound of thrust, The Enzian Missile could support a 1,000-pound warhead. From Surface Launch positions, The Enzian could achieve 20,000 to 30,000-feet in operational altitude. ''Swarms'' of Enzians were seen as an effective air screen over such Cities as Berlin, designed to completely destroy whole squadrons of Allied Bombers.

Prototypes were between 12 and 18-feet in length with 2 to 3-foot diameters. Stabilization fins, positioned towards the rear of The Missile, allowed for the Missile to be ''flown'' with relative ease by Ground control sources. By late in World War II, The German Luftwaffe stopped further development due to full attention being given to The Messerschmitt 262 Jet Fighter. None were ever deployed in actual combat. Several of the prototypes did survive The War and are in several Museums. 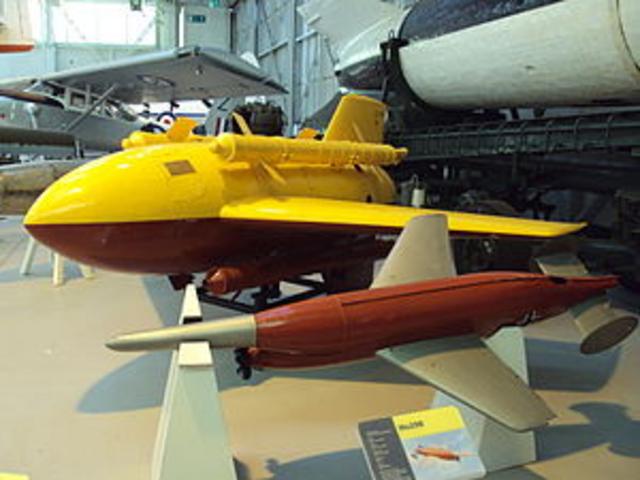