The ''C'' Pennant was the official Flag of Germany from 1945 until 1949. After World War II, Germany was under The Allied Control Council (which consisted of The Soviet Union, United States, Britain and France). It was determined that any vestiges of Nazi (Socialist) Emblems were forever removed. It was debated if even Germany could retain it's original National Colors prior to The Socialist Party take-over in the 1930s. It was determined that The Maritime Signal Flag would be used until a decision could be made. The Signal chosen was the Letter ''C'', of which The Pennant was represented by a Swallowtail pattern (resembling a ''C'' on The Ocean, due to the inverted cut at the end). This was used not only on Land (flown over buildings and structures not directly staffed by Allied Personnel), but as Sea as well. Germany needed to maintain it's Merchant Fleet for import and export. It was decreed that no ''honor'' at Sea would be rendered to German Vessels bearing The Pennant (as would be customary for a Vessel without National Colors). The Field was a series of colored Stripes arranged horizontally. These colors were Blue, White, Red, White and Blue. No adornments or embellishments were allowed. The Pennant would remain until replaced by The Federal Tricolor National Flag (1949). 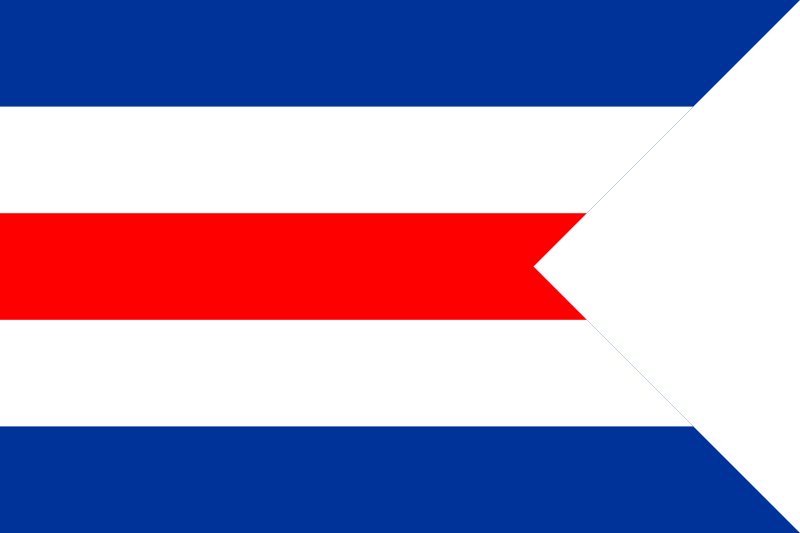