Despite massive project overruns and problems with Prototype development, (14) Arado Ar-240 were produced for used by Germany's Luftwaffe during World War II. However none were ever exposed to actual combat operations. First flown in 1940, the project was canceled soon after. It's design was incorporated into several other German Fighters and Bombers that did see combat operations. The Ar-240 was crewed by two. They were 42-feet long with a wingspan of 43-feet. The craft was powered by twin Daimler-Benz V-12 Engines which produced 1,175-HP each for an airspeed of 380-mph. The operational ceiling was 10,500-feet.

Armament for the Ar-240 was (2) 7.92mm Guns with multiple electrically controlled barbettes that also featured multiple 7.92mm Guns. Bombing versions were to be able to support 4,000-lbs. of munitions. None of the prototypes survived The War. 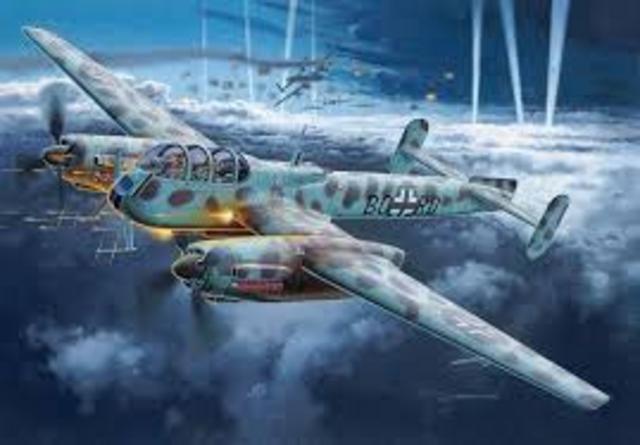