The Deutsche Verkehrsfliegerschule or ''German Air Transport School'' was a civilian flight training concern, formed in Germany (Berlin) – in 1925. It taught private persons how to fly private aircraft. In reality, it was a covert organization which would train future aircraft Pilots of Nazi Germany's Luftwaffe (Air Force).

With the crippling loss of then Imperial Germany after World War I, The Allied Nations Treaty of Versailles, placed massive repayment debt and other stiff sanctions against Germany for ''initiating'' The ''Great War''. One of the conditions of The Treaty was that Germany could never again reform a Military (Army, Navy or Air Force). While a small ''National Defense Force'' was allowed (as was a Coastal Patrol similar to a Coast Guard), their numbers were scrutinized by Foreign Powers.

With the rise of National Socialism, The NSDAP devised a plan whereby future Pilots for an Air Force would be trained in civilian flight schools. These schools were really ''training fronts'' funded and sponsored by The NSDAP.

No logos or related imaging could portray a ''military organization''. These schools were to remain civilian flight schools by all outward appearances. Paperwork and Pilot Licenses reflected that each ''Graduate'' was a civilian rated private Pilot. Many identified themselves as ''Sport Fliers'', much as today. Graduating and Member Pilots wore a small label Pin and cloth Patch to identify them as such.

As The NSDAP became a controlling Force in German politics and later Government, the Flying Clubs took on a more ''militant'' appearance. Known after 1937 as The ''National Socialist Fliers Club'' , these civilian air schools embraced more of The NSDAP image and symbolism, even using forming and identifying themselves in traditional Air Force terminology (all the while covertly manufacturing an actual Air Force).

With the start of World War II, and Germany's Luftwaffe now in full existence with fully trained Pilots, most of the former ''private schools'' reverted back to a more traditional civilian training format. As The War progressed and began to go badly for The German's, most were closed with resources allocated to The Luftwaffe. After The War, all were closed and razed by The Allies (for fear of them being used again as a covert training source). 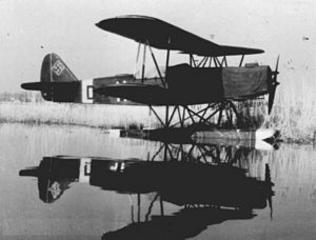