One of the most effective Anti-Aircraft weapons used by Nazi German Forces, The 128mm Flak Gun was first developed designed in 1936 and finally deployed in 1942. Over 1,200 were eventually produced. Weighing over 38,000 pounds, the Gun was mounted on a surface tripod plate system. The Barrel was 25-feet long. Using a hydropneumatic recoil system, it could fire a 57-pound fragmentation shell, 35,000 feet. Crewed by 6, the Gun could traverse 360-degrees and angle to 90-degrees. Fed by an auto-feeder, it could deploy 50-rounds per minute. They were produced up to 1945, with two known variants. One of which wad a modified Rail Gun. 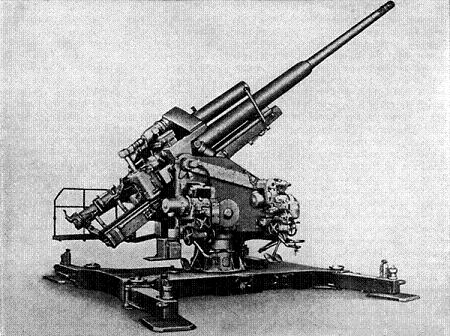