The term ''Galvanized Yankees'' was a somewhat derogatory term applied to former Confederate Soldiers, captured and imprisoned by Union Forces. While many such POWs were still staunchly ''unreconstructed'', many were given the ''option'' of remaining in captivity (until The War ended), or take an ''Oath of Allegiance'' to The Federal Government and ''serve'' in The Union Army. This was seen as advantageous to some former ''Rebels''. Many were not Slave holders, nor did they fully. embrace the ''Peculiar Institution'' of Slavery. Many felt that they War (by 1863) was over and The Confederacy was on it's ''last leg''.

The use of the term ''galvanized'' was possibly linked to the process by which ''something'' was covered in metal plating, such as tin (often seen as ''cheap''). The use of these Confederates was regulated however, very few (if any) were allowed to serve directly with a mainline Battle Regiment. This was for fear of possible ''double desertions'' and literally turning their guns on their ''new'' Commanders.

The vast majority of such created Units were sent to deal with a very real issue, one that was active before and during The War. That issue was The Native American and The Western Frontier. The Indian Wars, while very active before The War, required that hundreds of Cavalry and Infantry be withdrawn from The West and deployed in The East. This left Settlers and Towns at the ''mercy'' of constant Indian Raids. The US Army only maintained a ''skeleton force''. The Galvanized Forces would serve to bolster The Frontier and re-staff long abandoned and destroyed Forts. Even after The War ended in 1865, many former Confederates would join The US Army and go to fight in The West. The term was also applied to those recruits as well. 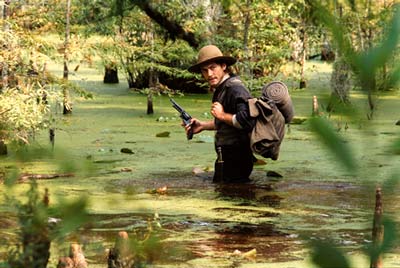