Principally there were two types of Gallic Helmets used. The Imperial Gallic and Italic. The Gallic style was made in the Celtic Regions of The Empire, while The Italic style types were crude copies made throughout The Empire. More simply, Gallic helmets were better made and were often more intricately designed. There were at least 7-sub types known. Both styles were seen around 125 A.D. thru the 3rd Century A.D.  Most often seen with the addition of side plates that extended from the helmet (via wire hinges) - and designed to provide some protection to the side of the face and upper exposed neck. 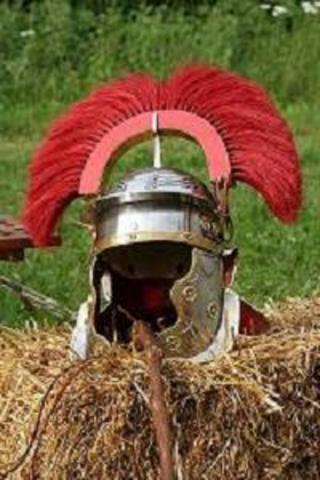