Located in Southwestern Tennessee (Northern Mississippi) – in Lauderdale County, Fort Pillow was a hastily constructed defensive/offensive structure/position which spanned several miles of woodland. Originally a “beachhead” of sorts for The Union Army of The Tennessee, The Fort was set off The Mississippi River. Supported by Federal Gunboats, some 580 Federal Soldiers (all Black Regiments), were landed. The construction of The Fort (in such an expanse), featured earthworks (breastworks of dirt and mud, Abatis and related defensive systems spread throughout). Artillery positions were deployed at strategic locations (often in 2 and 4 gun deployments). A local Town (filled with Pro-Union sympathizers) help support the Fort

On April 12, 1864 – Fort Pillow was assaulted by a massive Confederate Force which attacked from multiple directions (and well coordinated in movement). Upon finding the defenders were Black Federal soldiers, a bloodbath ensued known as “The Massacre of Fort Pillow”. No quarter or mercy was given to the defenders (despite attempting to surrender). Bayoneted, shot and sabered at close range, over 300 of the 500 soldiers were murdered before Confederate Commanders could get control of their troops. The nearby Town (which assisted “The Enemy”), was put to the flame. Women and children were killed (some even buried alive). This created such an outrage in The North (and even in some parts of The South), that a renewed campaign against Tennessee and Mississippi was initiated (with many Towns and Villages burned and looted in retribution). Little of nothing remains of the original Fort Pillow (long retaken by Nature). The location was made into a National Park (with only a very small portion still capable of being visited today). 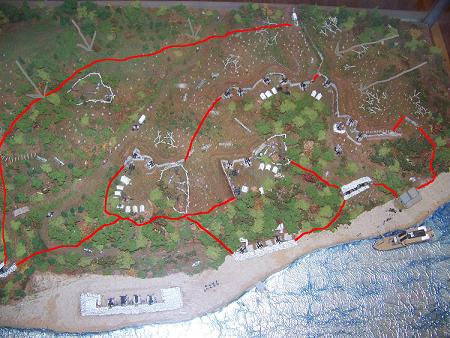