The primary fighter of The French Army, The SPAD was considered one of the most capable and combat effective fighters of World War I. Developed in 1917, this fighter had a production rate of almost 10,000 made before the end of the War. Both America and Great Britain incorporated The SPAD as their fighters as well. Designed for 1 Pilot, The SPAD was 20 feet long with a (Multi) wingspan of 27 feet long. It had a 22,000 foot operational ceiling. The primary armament of The SPAD was twin “timed” .303 (converted) Vickers Machine Gun (for America) – and the 7.7mm package for France and Great Britain. There were 4 versions of The SPAD produced. The aircraft was very popular with other Nations after the war who were developing their own Air Forces. 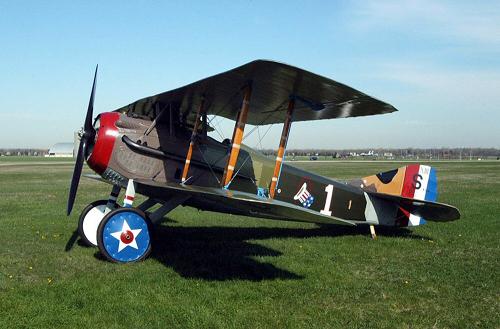