Developed in 1959, The Panhard AML Light Armored Vehicle was highly successful Combat Vehicle that combined Firepower with speed. The AML was the primary Light Armored Vehicle deployed with France's Airborne Forces during The Cold War. The Model was so successful, (54) other Countries (NATO) inclusive, used them. Weighing 5-Tons, The AML was 17-feet in length and used an air-cooled 4-cylinder Engine. The primary armament was a 90mm Main Gun and this was supported by a 7.62mm Coaxial Machine Gun (often electrical powered). They were also 4x4 independent traction Vehicles. The AML was a very popular Military Vehicle export in The Middle East, with some variants still in use in 1990. 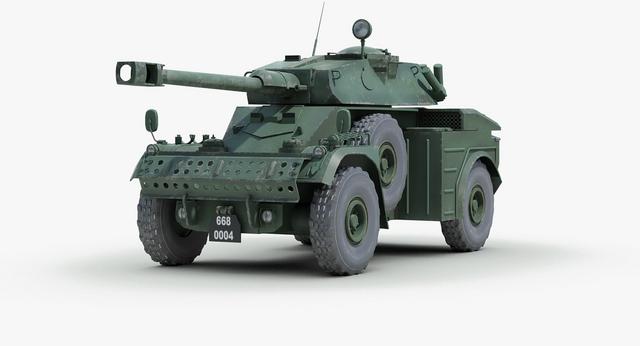