Designed for The French Navy for use in the impending World War I, The ''Normandie'' Class was based in part on The “Dreadnought” Class of Battleships, most National Navies were developing. (5) such Battleships were planned for construction (1912). However, with the start of The War (1914), most were only half completed. The need for their heavy guns was more pressing, and (4) of the Ships were stripped of these first, with their Armor being taken next. The planned Ships were 25,000-tons. They were 600-feet long with a 90-foot Beam. Using 28-Boilers and (2) Steam Turbines, The “Normandie'' Class would have achieved roughly 25-mph on open Sea. Roughly Crewing nearly 1,200 Men, this Class of Warship was fitted with (12) 340mm Guns, (24) 138mm Guns, (6) 4.7mm Guns and (6) Torpedo Tubes. Their Armor was rated at 12-Inch Plates throughout. Although (4) were eventually stripped – (1) had her Hull reconfigured into The Aircraft Carrier ''Beam''. She would be launched in 1920. The ''Beam'' would last in The French Fleet incredibly until 1967, when she was scrapped. 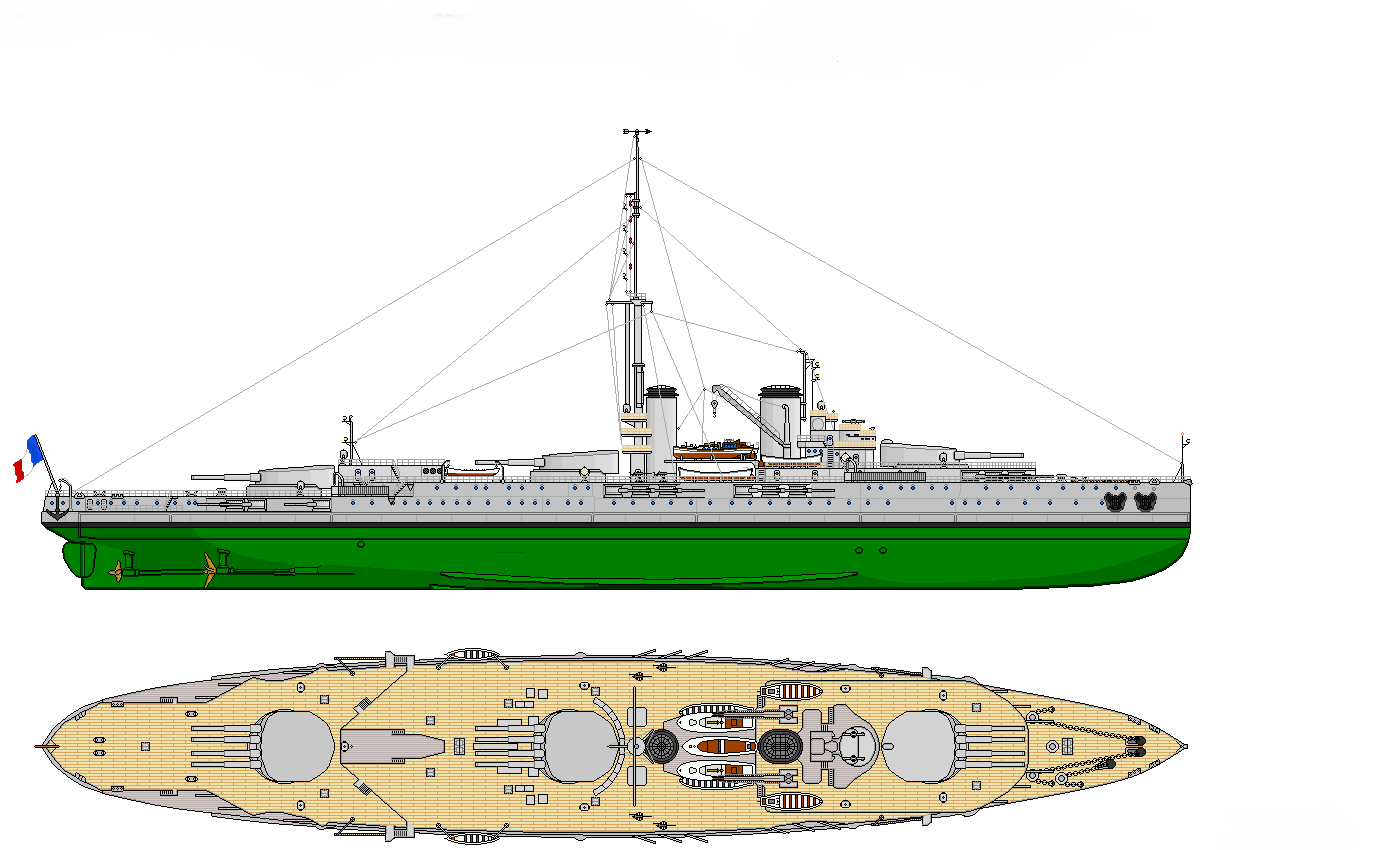