Under production license with Britain's Hotchkiss Firearms, The French Model 1929 Heavy Machine Gun. Initially a 13.2mm Caliber weapon, other Countries (Japan and Italy) would adopt different Calibers by World War II. The primary goal of The Model 1929 was to provide Anti-Aircraft defense of French Air Force Airfields. Other versions were used by The French Navy as a Deck Gun, as well as a French Army form of Light Tank Anti-Armor weapon. In various incarnations a Tripod mounted weapon, The Model 1929 weighed 85-pounds. Crew served by 2 to 4 Soldiers, the barrel was 3.5-feet. Gas operated and belt-fed, The Model 1929 could traverse 360-degrees. It's elevation was between 10 and 90-degrees.

Rated at 450-rpm (cyclic rate), it was more effective at 200 to 250-rpm (without jam). It's maximum effective range as an AA Gun was 13,000-feet. Imperial Japanese Army versions were used extensively in their ''Island Defense'' Program throughout The Pacific Theater of World War II. 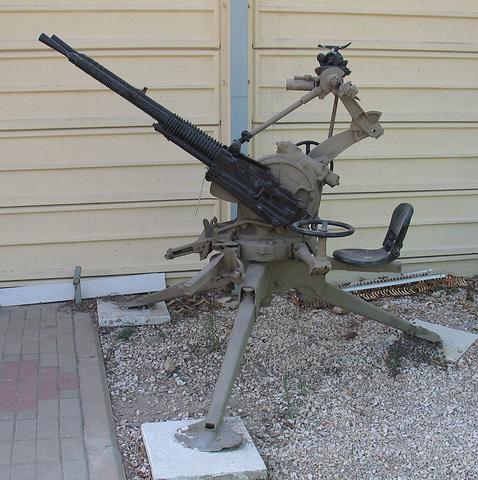