French Marine of The Guard

Over (63) Batteries of Marine Artillery served under Napoleon, with it's Infantry Class arranged into Companies. Typically, by 1808 by example – a Regiment of Marine Guard was roughly 600 Officers and Men. By 1812, these numbers were higher at 1,100 per. French Marine Guards were still assigned to French Warships (as most traditional Marine Units still are).

By The Russian Campaign (and Retreat) of 1812, The Marine Guard suffered over 50% casualties due to the unforgiving Russian Winter. Reformed, they would continue to fight with The French Navy and Grand Armee until they were disbanded in 1815. Wearing Dark Blue Uniforms with Yellow Trim, Marine Guard Shakos (Helmets) were adorned with a Red Plume. They used standard Infantry weapons and also carried Short Swords. 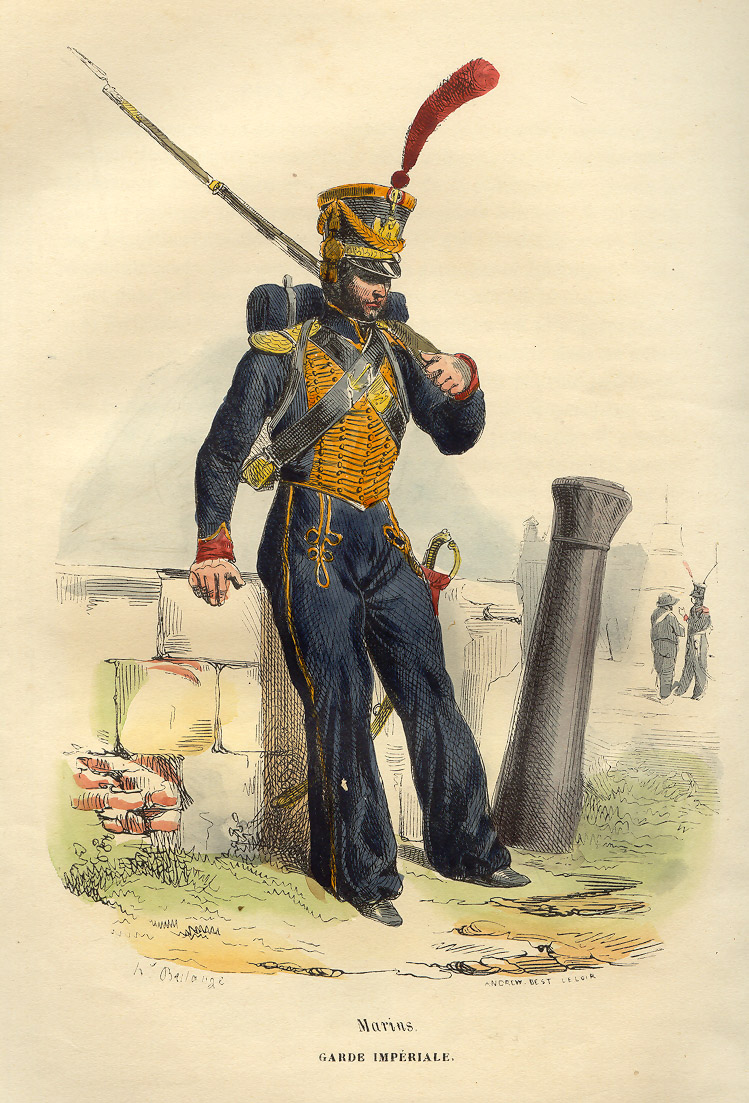