Also known as The ''Empress Dragoons'' in honor of Empress Josephine of France, The Imperial Guard Dragoons were raised personally by Napoleon Bonaparte in 1806. Numbering 300 Men and 60 Officers, The Dragoon were originally a Ceremonial Unit. Each Man had to volunteer and have at least 10 years of honorable service. All had to be able to read and write and were to be a minimum of 5 foot 9 inches in height.

As Dragoons, they ere in essence a form of Mounted Infantry and as such used standard Light Cavalry Weapons. Dragoons fought either on Horseback or from ground positions. In 1809, The Imperial Dragoons were pressed into combat service, fighting in most of Napoleon's later Campaigns. It was at The Battle of The Berezina River (Russia, 1812) – that The Dragoons suffered 70% loses. They were reformed and fought their last engagement at The Battle of Waterloo (1815), when The Imperial Dragoons charged with Marshal Ney.

The standard Uniform of The Imperial Dragoon was Green. They wore a Copper metal and leather Cavalry Helmet with long ''Horse Hair'' Plume dyed Red. Originally, The Imperial Dragoons only rode Grey Horses, but this changed towards their end of service. 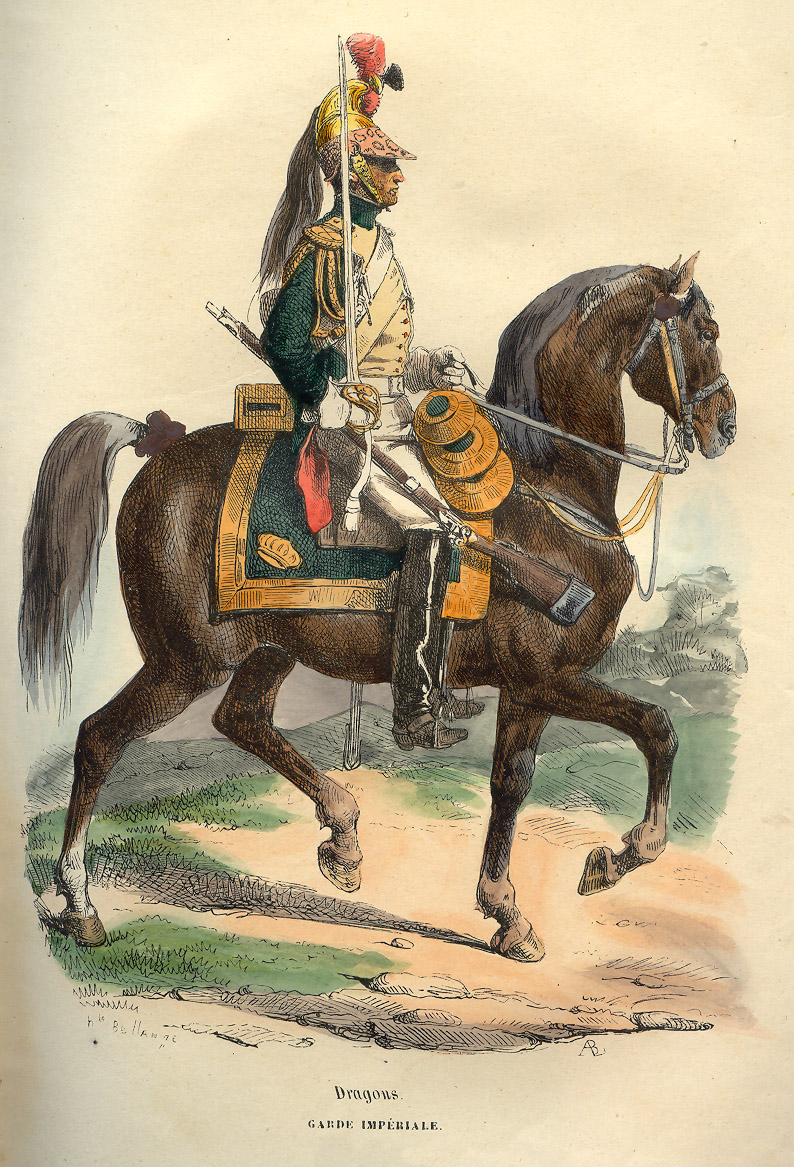