Also called “The Flat Hood”, this style of women headdress was seen in the 15th and 16th Centuries, Queen Mary I (England) made them fashionable in England. The Hood was a flat (yet slightly round), piece of heavy linen, which extended off the head of the Wearer back. To this was added a sheer veil (which was often allowed to hang at a length, free). It resembled “long hair” (which was NOT allowed to be shown in Public – and only then for an unmarried Princess). Many in England did not like The French Hood and it was a fashion that did not go beyond The Royal Court. 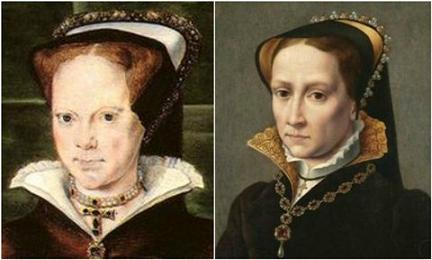