Designed by French Artillerist Jean Gribeauval in 1765, The Gribeauval 12-Pounder Cannon was an innovative Field Piece, first deployed during The American Revolutionary War. Brought in late (1780), the Cannon was part of The French Expeditionary Forces under Marshal Rochambeau. The innovative design used a solid cast tube which could be hand-drilled (bored), as opposed to the earlier mold composing of two halves (often creating an imperfect bore). As such, lighter metals with less powder could be deployed (due to the lack of space between the interior bore rear and cannon shot). Although not yet rifled, The Gribeauval increased range and provided a highly mobile Field Gun for the first time in Warfare.

The 12-Pounder Model was credited with being a major contributor to The American Victory at Yorktown (Virginia, 1781), which would seal American Independence from England. The Piece (with Cassion) weighed over 2,000-lbs. and required a Crew of (15) (4 to fire and the rest in support operations). Cast iron, The 12-Pounder was moved by (6) Horses. Firing both Canister and Solid Shot, it's maximum effective range was over 1,900-yards (minimum being 600-yards). A trained Crew could fire 1 round per minute (sustained). The Gribeauval Cannon would serve as the Model for future US Artillery until the inception of The ''Napoleon'' Field Cannon of the 1850s. 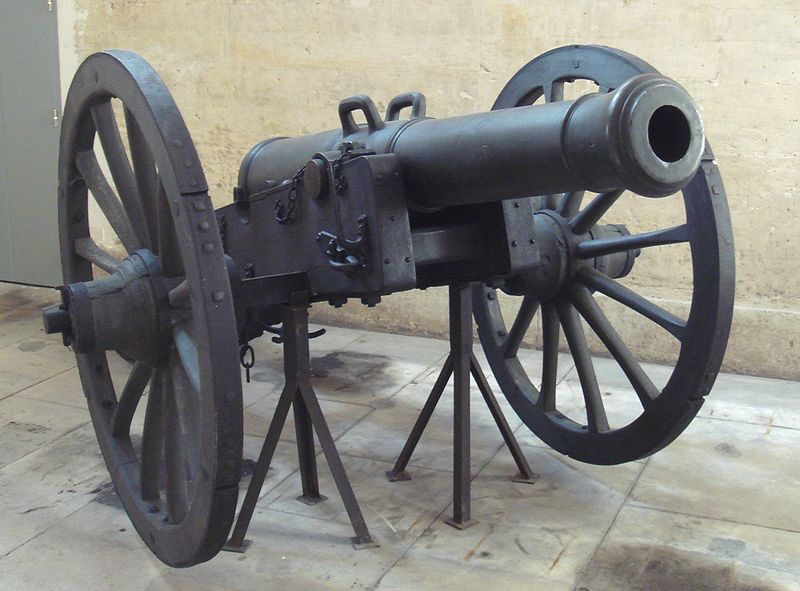