Also known as The ''Hurricane'', The Dassault MD-450 ''Ouragan'' was initially a Private Venture development between The French Government and Dassault Aviation. The MD-450 was one of the first mass produced Fighter Jets of The French Air Force. Over 600 were produced between 1948 and 1952. Design factors were based on The US ''Sabre'' (F-86) and ''Shooting Star'' (P-80). Combat service included French support of The Indian Army during various rebellions and incursion Missions with Pakistan and Turkey. So popular a Fighter, Models were developed by The Israeli Air Force, which used them extensively in the 1960s in their various Wars against Middle Eastern adversaries. Crewed by a single Pilot, The MD-450 was 35-feet long with a non-swept wingspan of 44-feet. The ''Ouragan'' was powered by a single Rolls-Royce Nene 104B Turbojet. It was capable of Mach 0.76 or 590-mph. They had a 280-mile operational range. The MD-450 also had a relatively ''low'' operational ceiling of 13,000-feet.

Armament packages included (4) 20mm Cannon, (16) 4.1-inch Multi-purposed Rockets or Pod deployment of multiple 16mm Rockets (Mission needs). Over 4,000-pounds of Ordnance could be deployed as well, making The ''Ouragan'' a very lethal combat platform. Decommissioned in 1980, most were sold to The El Salvadorian Air Force, which used then until the 1990s. Only (1) is still known to exist (static). 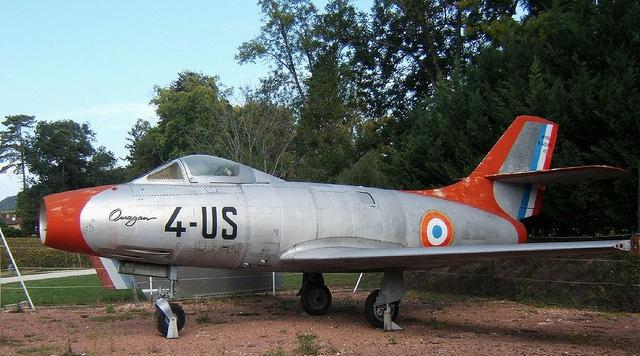