The Cuirassier was a type of Heavy Semi-Armored Cavalry, dominate during The French Napoleonic War of the late 18th and 19th Centuries. Noted for their use of The Cuirass Armor components. As Heavy Cavalry, their task was to break through Enemy Positions and allow Light Cavalry or Infantry exploitation. The Cuirassier were recruited from the wealthy and politically well-placed Sons of the new French Aristocracy. As such, they maintained an almost fanatic approach to Combat. They were also noted for using large horses, which – coupled with their highly polished, mirror-like Cuirass Breastplates, were used in a “psychological warfare” manner.

The Cuirassier also wore a type of Combat Helmet, likewise highly polished – which was similar to The Comb Helmet. Plumes and feathers were used for Unit identification. Typically, they carried Saber and multiple Pistols (although some did carry Musketoon Carbines). Each Recruit had to “test” upon entry into a Cuirassier Regiment. One had to demonstrate proficiency in Horsemanship and be an “excellent” Swordsman. Regiments wore Buff Coats  (a low-level form of Armor protection).  Colors were dependent on Unit identifiers. Heavy gloves were issued as were knee-high Calf leather boots. Trousers were made somewhat form fitting, to aid in mobility on Horseback. Cuirassier Regiments would continue well past the 19th Century, with some Regiments still in existence just prior to World War II (slightly more “modernized”). Today, they are used as Ceremonial French Army Units. 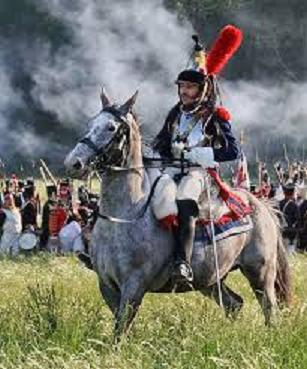