The Breguet 521 ''Bizerte'' was a Flying Boat Reconnaissance Aircraft, deployed by The French Navy in 1933. (37) known were built for Military usage. Moderately successful as an aerial Recon-Scout Aircraft, even The German Luftwaffe (Air Force) purchased several in 1940. When France was occupied by The Germans during World War II, The Nationalist Vichy Government maintained The 521 for Coastal Observation duty.

Crewed by a maximum of (8), The 521 was 70-feet in length with a multi-wingspan of 115-feet. Power came from (3) Gnome-Rhone 14-cylinder Radial Piston Engines which produced 900-HP each. Each Engine was supported by a tri-propeller. Airspeed was rated at 151-mph. Mission range was a hearty 1,900-miles. Armament included (5) 7.65mm Machine Guns positioned throughout the fuselage with the ability to support up to 165-lbs. of munitions. None survived The War. 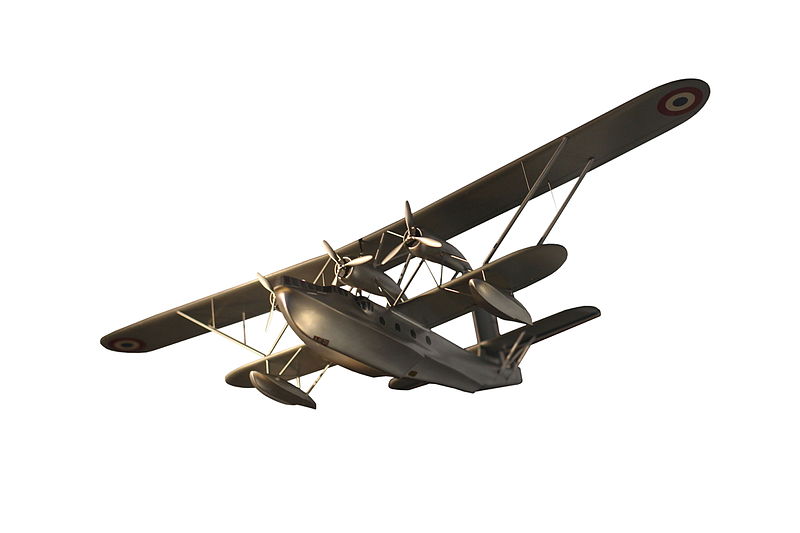