Introduced in 1915 for French soldiers, The Adrian Helmet was traditional in design with many Medieval helmets. Created expressly for french soldiers subjected to Trench Warfare, The Adrian was modified for French Cavalry and Armored vehicle use. It weighted just over 1 pound and covered the entirety of the head (save the sides of the face. Some versions made later in the War featured a longer, swept back neck design (to afford some protection to the neck). The Adrian would last well into the 1950s before being replaced by better models designed for completed protection. A modified version of The Adrian Helmet is still used by some ceremonial Units in France today. 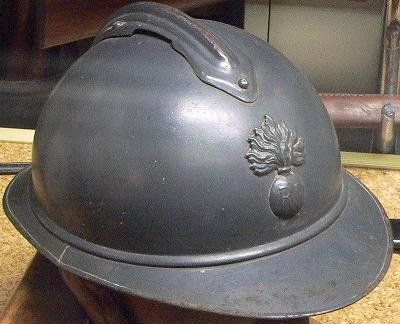