Raised in 1810, The 2nd Lancers were composed of Dutch (Holland) Cavalrymen, who volunteered to serve in Napoleon's ''Grand Armee''. Considered an Elite Regiment, the majority of The 2nd Regiment had previously served as Royal Guard Lancers to The Monarchy of The Kingdom of Holland. Mostly Noblemen (with some Upper Middle Class), The 2nd Regiment was noted for their all Red Uniforms. As such, they were known more commonly as The ''Red Lancers''.

Lancer Regiments were very common Cavalry Soldiers in most European Armies of The Period. The 2nd Regiment used the 12-foot Cavalry Lance and carried Sword and Pistol. A few also carried Carbines. The 2nd Regiment was associated with The Imperial Guard of The ''Grand Armee''. Like several other French Regiments, The 2nd Regiments only rode Grey Horses.

Fighting in most of Napoleons later Major Battles, The 2nd Regiment would be present at The Battle of Waterloo (1815), suffering many casualties (but not decimated). Survivors would return to Holland (now an independent Nation), will some even returning to their Royal Guard duties. 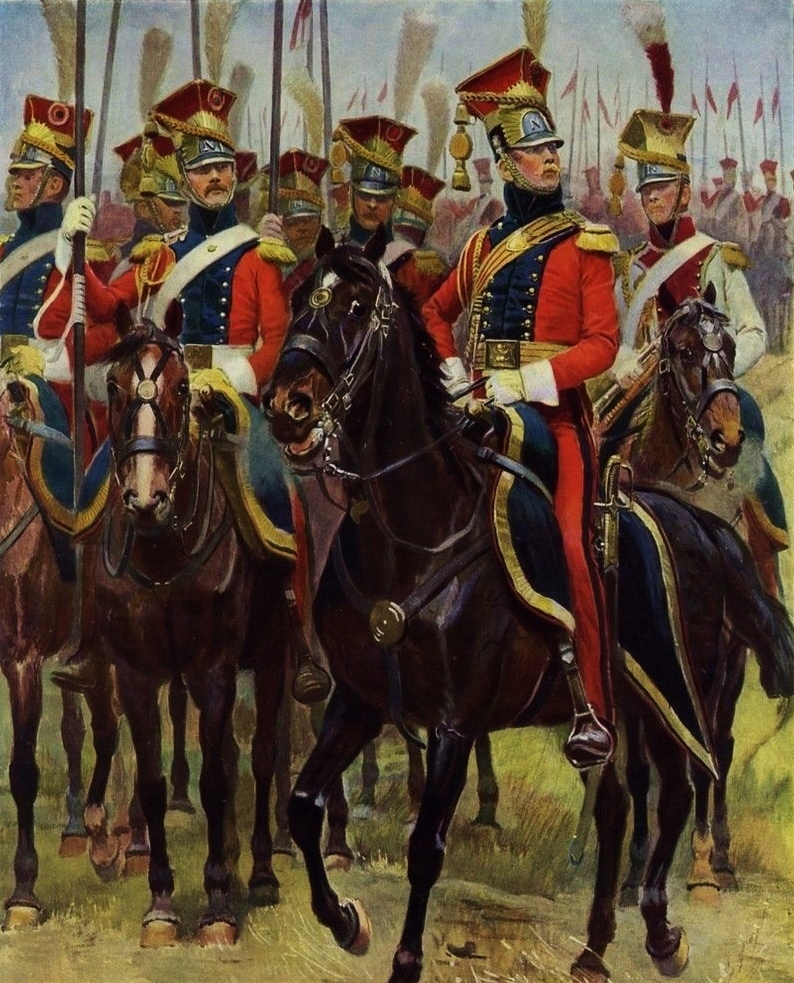