This improvised weapon (designed by The French), was seen in the 16th Century (and carried on in some forms until the 19th Century). In theory, an enemy would dig a hole in the ground at a slight angle. Filling it with gunpowder, stones, rocks and other forms of shrapnel would be added. Pitch would be added. Several ingenuous methods of detonation included slow matches and flintlock triggering device. IF capable of building close enough to a fortification wall, moderate damage could be inflicted. Fougasse's were very effective as anti-personnel devices – which could be triggered to inflict multiple casualties. These systems were seen in use by The Russian's against The British during The Crimean War of the late 1850s. 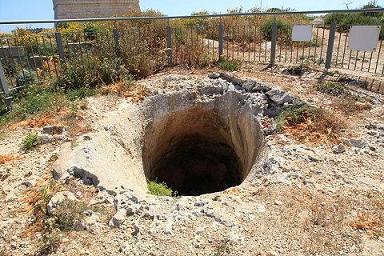