Fort Gibson was a US Army Frontier Fort that was built in 1824. It was located in Muskogee, Oklahoma. At one point, Ft. Gibson was the farthest Western defensive structure built – representing the ''last bastion'' of US Government protection for early Western Settlers. The US 7th Infantry was the first Army regiment to Garrison Gibson. In the 1830s, The Garrison fought and subjugated The Osage Tribe, removing them from The Region to Reservations.

For a time, American Artist and Naturalist George Catlin worked from Ft. Gibson and traveled with The US 1st Dragoon Regiment (also stationed at The Fort). When The US Government initiated The Indian Removal Act of 1830, Soldiers from Gibson added to the woes of a fleeing and defeated Cherokee Nation.

Many felt that conditions at Ft. Gibson were some of the harshest in The Army for The Period, with many Recruits seeing assignment to Gibson as a ''death sentence''. Despite this several of America's future Leaders were stationed at Gibson during their Military Leaders. Cavalry General Stephen Kearny, future Confederate General Robert E. Lee as well as Secretary of War (and later President of The Confederacy) Jefferson Davis.

During The American Civil War of 1861, The Union Army used Gibson as a major Depot for several Operations in The Region. It's proximity to The Arkansas River gave it easy access to Union Gunboats. After The War, the famed US 10th Cavalry Regiment (The ''Buffalo Soldiers''), were briefly stationed at Gibson. When a railhead was established near Gibson, so too did the rapid development of Towns and later Cities. The US Army decommissioned Gibson in the 1890s.

While much of the wooden Palisade walls, Barracks and other facilities had disappeared (deteriorated or re-purposed), US President Franklin Roosevelt declared Gibson a Federal Project (Depression Era). Many interior structures were rebuilt as well as a portion of The Fort's wall. In the 1960s, Gibson was declared a National Historical Site. 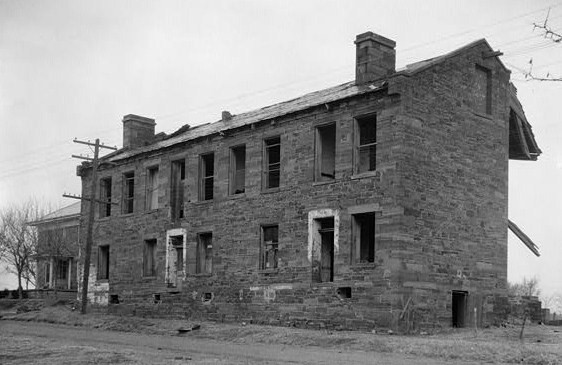