Fort Andrew has seen a long and varied service in American History. First built, and known as Gurnet Fort in 1776, the earth and wooden defensive structure was erected on the Coast of Massachusetts, near Plymouth. It's Revolutionary War Mission was to protect it's Lighthouse and provide coastal protection against The British. The Fort held a small Garrison which manned a wide variety of smoothbore artillery pieces. During it's Wartime Service, none in the Garrison were killed by hostile fire.

Reinforced in time for The War of 1812 (also against Great Britain), The Fort was given a series of 42-pounder Coastal Guns, and was part of The American Coastal Defense System. It saw no service during The War. By the time of The American Civil War of 1861, Gunet Fort was renamed Fort Andrew (after John Andrew, Massachusetts Political figure). The Fort was garrisoned and restocked with additional cannon, but saw no combat.

Falling into some disrepair by the end of the 19th Century (being officially decommissioned in 1869), The Fort was renovated by World War I and used as an Observation Point for possible Imperial German Submarine activity. It's nearby Lighthouse was seen as especially important for various Wartime Convoys returning from Europe. By the 1960s, much of The Fort had been reclaimed by The Sea. Efforts were made to move much of the surviving Fort in-land, as a means of preserving the long serving, if seldom combat tested Fortress. 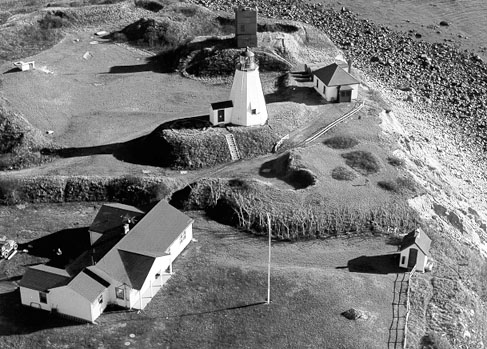