In The Middle Ages, The Forest was an important position. Sometimes called a “Fee-Forester”, they were appointed Officers of The King. It was their job to protect and preserve The King's “animals” within “his forests”. Further, they maintained the “health” of their Lord's trees, bushes and grasslands. A Forester had great authority and power in the early to mid Middle Ages, and linked his power to Forest Law. They were very well paid and given broad discretionary abilities. They could call out a King's Guard (without his permission) – to help enforce Forest Law (if needed). They were among the “rare few” who were allowed to “hunt” the Kings Forest without his permission. Another similar position was a Warrener (who specialized in Game only, originally). 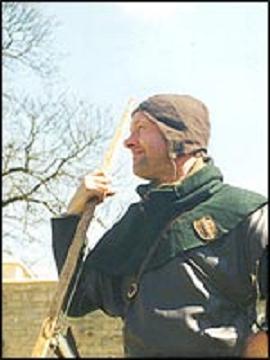