Flanking Towers (as seen in the 11th/12th Centuries), were fortified Towers built on the outside of a defensive perimeter wall system or fortified structure. Because of their placement, Missile Troops would have an unobstructed firing field with regards to an advancing enemy. Many different forms and styles of these Towers were used. By the end of The Middle Ages, they were highly specialized fighting positions. This style also was carried over into Churches and Cathedrals. 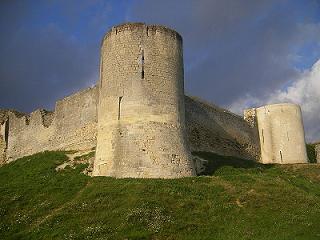