The Flag first associated with The Paramouncy of Zululand, has always been speculated. While some Dutch (Boer) have stated it did exist – many British Historians state it did not. The once powerful Kingdom of The Zulu existed from the mid-18th Century AD until it's fall in 1880. Defeated by the British (Anglo-Zulu War), they became a Protectorate to England. Never again to be allowed a free reigning Monarch until the 1950s, they were relocated to The East Coast of Africa and given Territory named Zululand. It was said that their first ever ''National Flag'' was a Tricolor, which bore three vertical stripes of Gold, Green and Red. It existed from 1884 until 1897. From that time forward, Zululand would have no official Colors until 1980, when The Nation was renamed KwaZulu (by which they adopted a totally different National Flag). 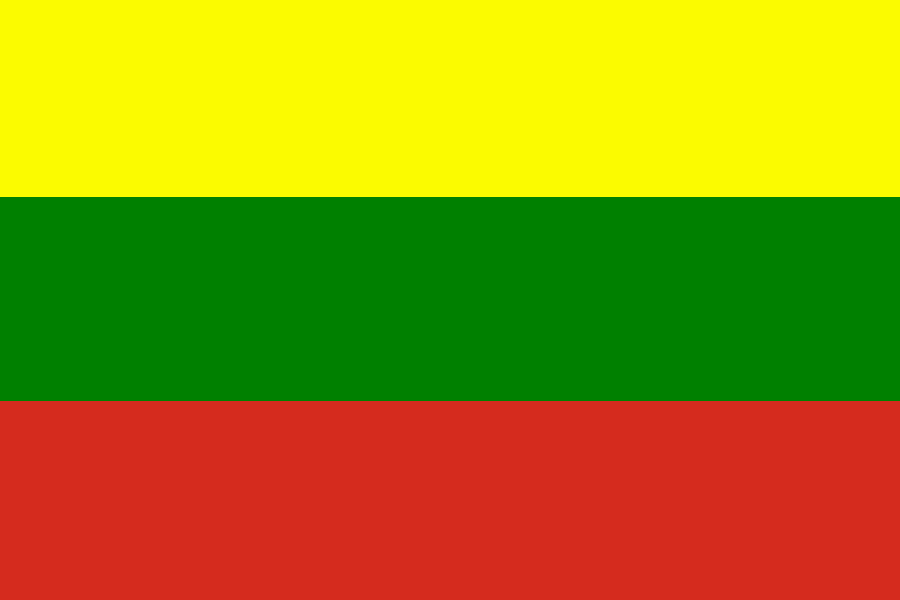