William Fly was an English Pirate who plied His ''trade'' off The Coast of The American Colonies in 1726. He and His Crew preferred to attack Slavers (Ships that carried Slaves from Africa to The Americas), because of the high profit return. Although Fly only worked The Coast for 1 year, He was seen as a very profitable ''Pirate''. The last Ship He attacked and captured, found this Crew able to overcome Fly and His Crew, capturing Him on His own Vessel! Taken back to Boston, Massachusetts, He was found guilty, hung and ''Gibbeted'' in Boston Harbor as a ''warning''. Fly was one of the few pirates of His Age to not use the traditional Black Field for His personal Flag. Rather, Fly used a Blood Red Field with a Black Human Skull centered. To add to it's ''fierce'' look, a pair of ''Devil's Horns'' were added to the skull. It's only known meaning was ''Death if One Resists''. 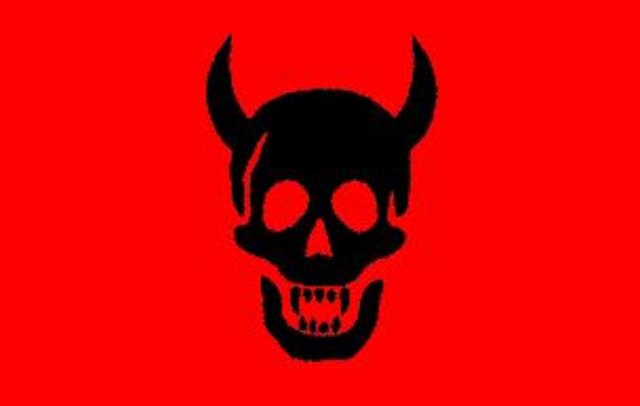