Flag of The Republic of Amalfi

The Republic of Amalfi was formed in the 10th Century AD and was considered one of the four principle Maritime City States of Medieval Italy. The Republic established some of the first trade and commerce route by Sea between Italy and The Middle East. They built and maintained their own Naval and Trade Fleet. The Amalfi are also credited with the codification (creation) of Maritime Law, which was copied by many other European Sea-going Nations. Internal rebellion and several invasions by other City States by the 13th Century, would find Amalfi under Sicilian control and the lose of it's independence as a once powerful City State. The Flag of The Republic was a Blue Field in entirety, upon which was centered a large, White Maltese Cross. The Flag was used also on Naval and Trade Vessels as their Ensign. 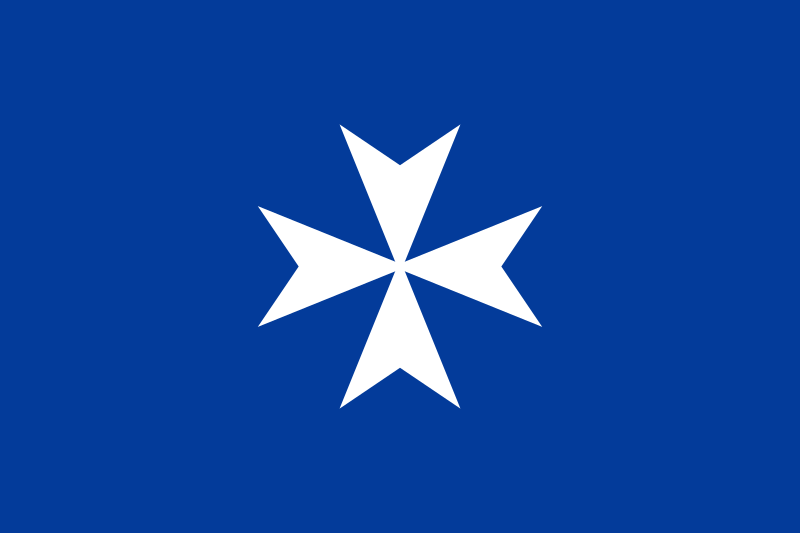