Flag of The Kingdom of Sicily

Founded around 1071 as The “County of Sicily” by Norman Invaders, in 1282 the previously discussed “Vesper's (or Ciompi) Revolt'', would lead the Common populace into Rebellion and the reclamation of their Island. It would be renamed The “Kingdom of Sicily”. Falling under The Crown of Aragon, The Kingdom of Naples sent Forces into most of The Church declared Crusades in The Middle East. Later in it's History – Sicily would fall under Spain, Savoy, The Hapsburg Monarchy. Imperial France and finally The Kingdom of Naples. Sicily would last fall under the control of The Kingdom of Italy (1816). The Medieval Banner used to identify The Kingdom of Sicily from 1130 forward – was a Quartered Field. The Upper Middle and Lower (Center) Cantons, featured the Red and Gold Stripes of Sicily under The Normans (9th Century AD). The Left and Right Mid-Cantons were White Fields upon which were set (in the 18th Century), single Black Eagles (representing The Hapsburg Dynasty). 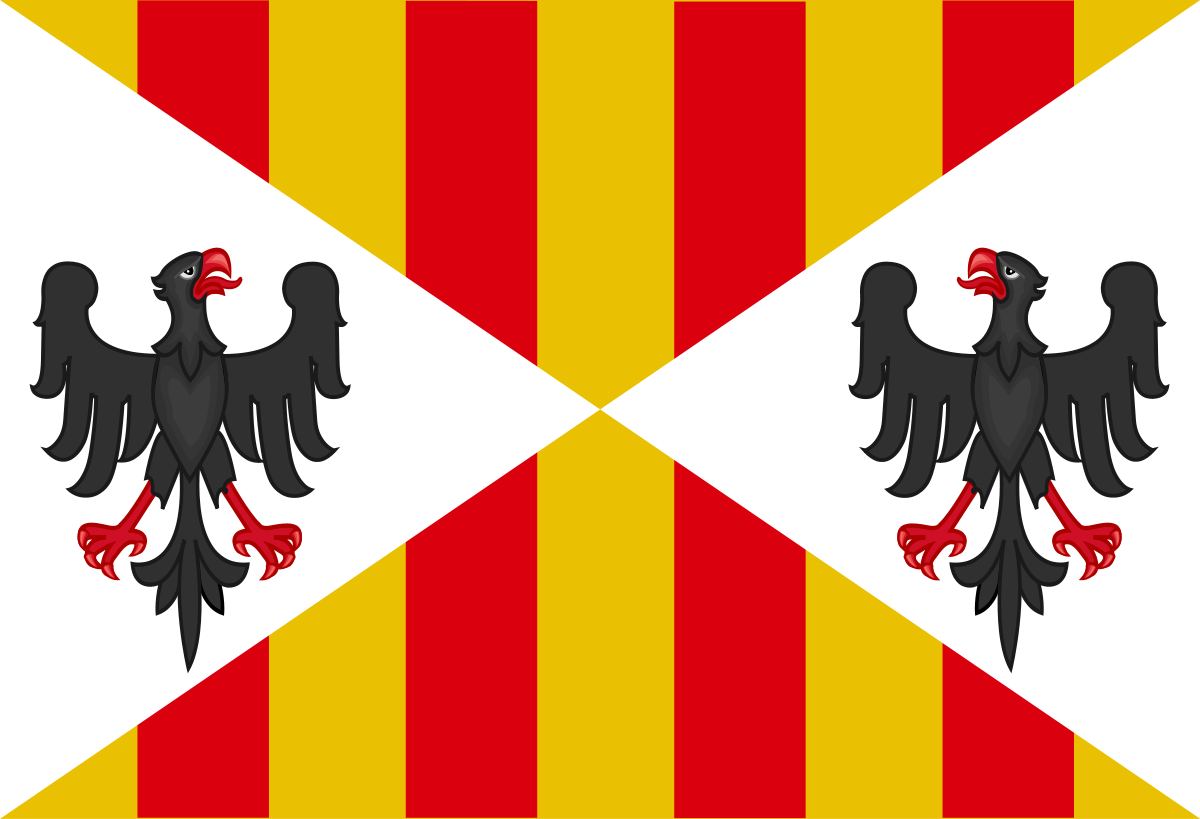