Flag of The Kingdom of Norway

Derived from The Ancient Warlike Norse Peoples, the establishment of The Medieval Kingdom of Norway was in the 7th Century AD. Aiding in the removal of The Moorish Incursion – or The Norwegian Crusades (10th Century), it would remain a dominant Power until it's continued fracturing through internal power struggles into the 14th Century. It's Medieval Armies bore The Kingdom Standard – which was a Red Field in it's entirety. Centered, was the image of an erect Lion (the symbol of The Norwegian Kings), bearing a Dane Axe (the common battle weapon of The Region. 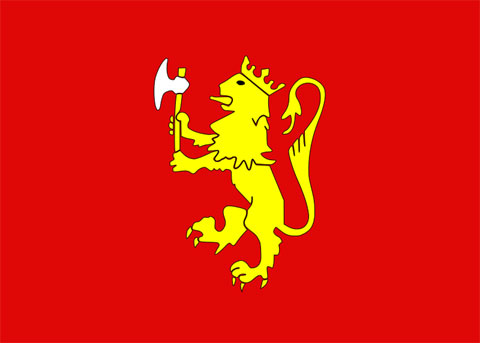