Flag of The Irish Blueshirts

The ''Blueshirts'' were an Irish Nationalist Political organization, active in the 1930s. Born from the remnants of the former Irish Republican Army (IRA) and members of The Irish Peace Treaty (designed to end hostilities between Irish Citizens and British Occupation Forces, they were identified by their use of a standard Blue workman;s shirt.

Quickly becoming radicalized, The Party used various early German Socialist forms (Hand Salute, etc.). The Blueshirts attempted to seize the established Government of Southern Ireland as well as try to upset that of The Northern Irish Pro-British. Banned after several riots, The Group lost momentum in Ireland. Many formed Pro-Nationalist Battalions in favor of Spanish Dictator Franco and fought against The Republican Forces during The Spanish Civil War.

The short lived Banner of The Blueshirts was a Saltire featuring a Red St. Andrews Cross over a light Blue Field in entirety. 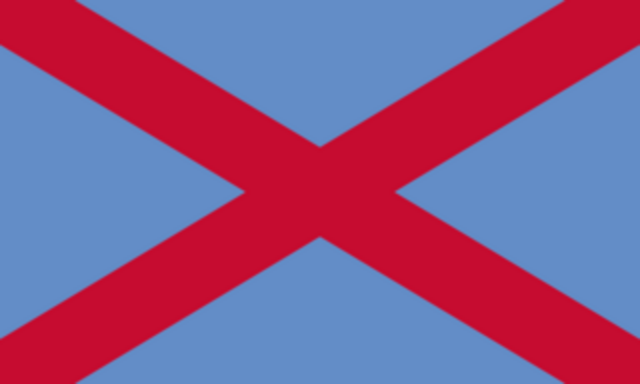