Flag of The Binh Xuyen Force

The Binh Xuyen were a Volunteer Militia Force of The South Vietnamese Army, active before The Southeast Asian War (Vietnam), in 1945. The Force, which at one point aligned itself with The Communist Viet Minh (Ho Chi Minh), were actually an Organized Crime Syndicate. The maintaining of Drugs, Prostitution, etc. - financed the purchase of weapons and training of The Binh Xuyen Force. Although disavowed by The South Vietnamese Government. The Force was used as a form of ferreting Unit to seek out Communist Forces operating in South Vietnam. With American involvement withing The Country, The Binh Xuyen were disbanded – for fear of angering US Forces within The Country in 1960. Many of these disillusioned ''soldiers'' would then ''switch sides'' and join the fledgling Viet Cong Militia.

Their ''Flag'' (or symbol devised to identify them in field operations), was a Blue Field with a 5-pointed Yellow Star placed Center. The entirety of the Border was a Red Stripe. These Flags bore not other symbolism or wording. 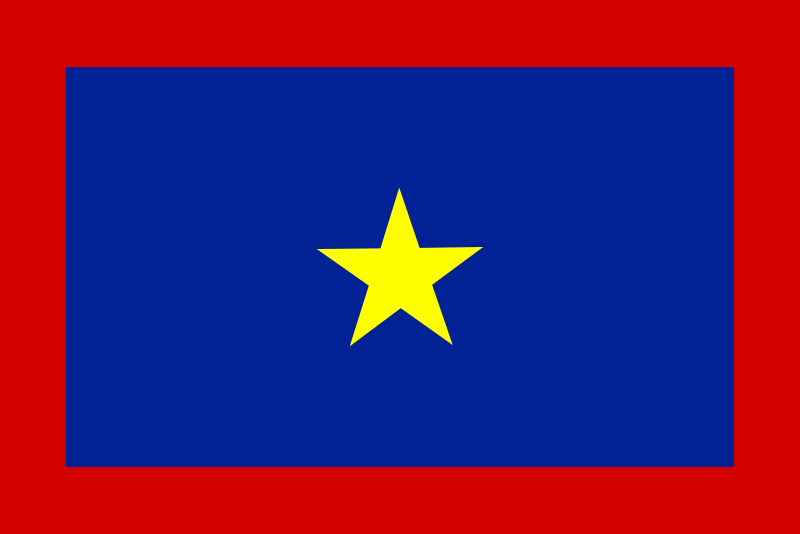