The Medieval principle of ''Levies'' was the earliest forms of Conscription, or the involuntary recruitment of Soldiers for the purpose of making War. While Levying was NOT impressed on Noblemen (who were bound more out of loyalty via Title), the ''Commoner'' was forced into Levyship due to His relationship to the Land they worked under a Lord. When Conflict arose, a Nobleman would recruit his allotment of Soldiers or ''Levies'' into Companies. These Companies were headed by The Lord (or under Lord of His choosing).

These Levies were often poorly armed and received a very basic smattering of ''combat training''. It was from The Levy System, The French term of ''Melee'' (Massacre'' or ''Murder'') Troops were developed. In earlier Periods (particularly the 10th Century AD), Levies were identified as ''Thegns''. While not ''Commoners'', they were still bound to fight when called. These were seen as ''Lower Nobles'' with no official Title or power. Thegns had the funds to be better equipped and trained (often with Sword and rudimentary Armor, as opposed to the primitive Spear and Military Fork). Many Thegns would train as Archers (which held a more prestigious position on a Medieval Battlefield than a common ''Levy''). 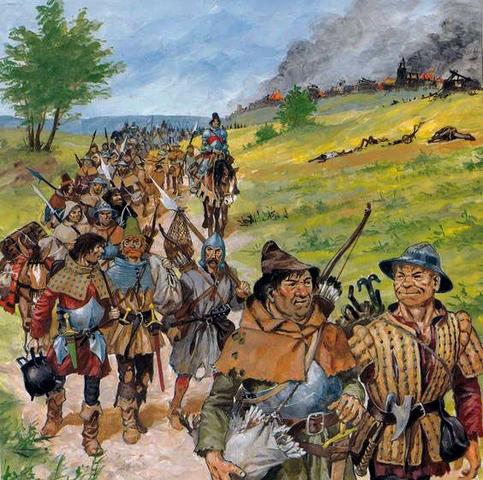