The 12th Century AD Medieval Legal Term known as ''Feet of Fine'' (or Foot), was not a means of measurement, but a method of copying various legal decisions made by a Judge or Monarch. Three such copies needed to be copied (in their entirety), upon which would be affixed The King or Queen's Mark. The term was used to identify that the recording of the Case began at the bottom of the parchment, or foot of the paper. The term ''Fine'' was what the Case of called, with multiple documents known as ''Feet''. The Fine process was the rule of law in England until abolished in 1833. 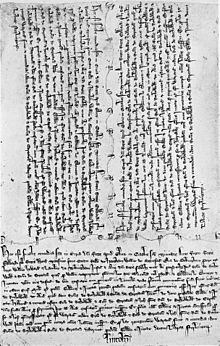