The ''Feast of The Ass'' was a common Medieval Era (French) Religious Celebration, which was made into Law, around January of 1250 AD. The Celebration was aimed at the Biblical teachings of an Infant Jesus Christ being conveyed into Egypt for His protection from assassination by Israel's King Herod. Typically, all work was ceased in January in Medieval France. Both Wealthy and Commoner was excepted to turn out into the streets at an appointed time, to witness the passage of a donkey, representing the mode of transportation that Christ was placed on by His Family for the trip. Normally, a Feast was held (and sponsored by) a Town's most ''influential'' Patron. The practice can still be found in used in some European Communities. 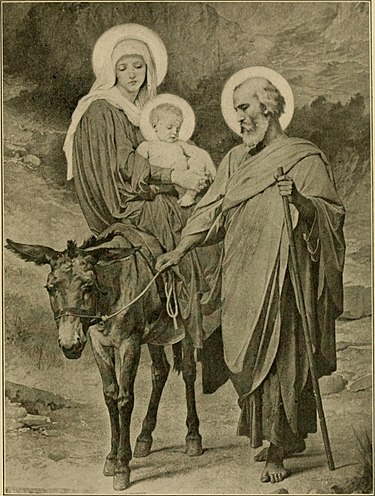