The Farfanes were a Medieval Military Class of Soldiers who were used as Mercenaries primarily in The Crusades against The Muslim Territories of The Middle East. They are found mentioned as a Military Unit as early as the 12th Century AD.

It is speculated that most Farfane Units were in reality Iberian Mercenaries (Iberia was popular for it's ''for hire'' Forces). The Farfanes were able to field both Light and Heavy Infantry, as well as Cavalry Forces. Some Historians liken them to escaped or freed Slaves of Muslim Nations who became Warriors for Hire to be used against their former Masters (thus making them even more ruthless).

Farfanes are mention as being used as Irregular or Melee Forces in The defense of Jerusalem under King Baldwin IV. Even Muslim contemporary writers mention their fierce abilities and appetite for ''taking heads'' as trophies.

The term Farfanes (in regards to Mercenaries) is found as late as the 15th Century in some Italian Military Histories. Italy used Mercenaries almost exclusively in the 16th Century. 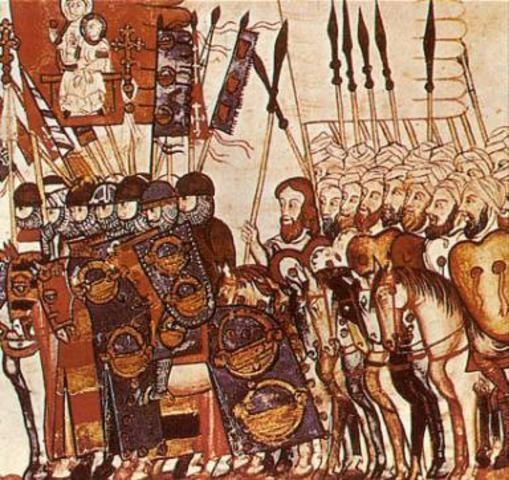