Evan Jones was a Welsh Born Pirate, who at some point in His life, migrated to The Colony of New York (America). His ''Piratical'' Career beginning are unknown, but He was part of Captain Robert Culliford's Crew. Around 1699, The Crew overtook a Slaver. It's Crew complained on their Captain (a cruel man), and either Culliford or Jones may have administered ''Pirate Justice''. Evans was given command of The Slaver, and it's former Crew joined Him.

Evans made most of His ''Booty'' by robbing Slavers and stealing their Cargo (Slaves were money, and were often sold in The American South or The Caribbean). Eventually captured in The Caribbean, Evans (as other's) were offered The King's Pardon – which Evans took, temporarily.

In 1700, Evans ''peaceful'' life proved too much and He went back to Sea. He is thought to have captured another Slaver and Crew and may have sought out Culliford (who like Him had ''jumped Pardon''). Reports of Evans being seen in The Pacific ended around 1710. His whereabouts (and manner of death) after that are unknown. 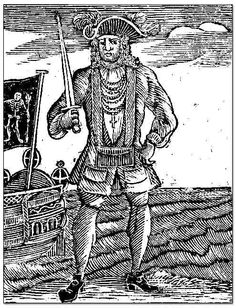