Eunice Gray occupies a special place in American Western ''Legend''. The once time Brothel and Saloon Owner in Texas often purported that Her ''real'' name was really Etta Place. Etta was the long time lover of one Harry Longabaugh – aka ''The Sundance Kid'' (of Butch Cassidy and The Sundance Kid infamy). Many of their exploits were witnessed by Place. After their deaths in South America, Place simply vanished – with no evidence of just where She went. But according to Gray... Place changed Her name to escape fame and possibly jail.

Born in The State of Missouri in 1880, much of Her early life is unknown – other than She came from a ''good and God fearing Family''. After becoming a Brother and Saloon Owner (eventually selling both for a tidy sum, one that made Gray wealthy), the woman calling Herself Eunice Gray – became to say that She was none other than Etta Place. Although much of Her story could easily have been gleaned from any countless Dime Novels, Gray did seem to have information about several Wild Bunch (The Kid and Cassidy's Gang) raids that only someone there would have been privy too. Skeptics claim that Gray could have heard such stories from surviving Gang Members using Her Brothel.

Despite the flaws of some of Her tales, many chose to believe that ''She'' was Etta Place – sent away by The Kid days before His and Butch Cassidy's epic death. Fearing possible arrest when She returned to The United States for aiding abetting the well known criminals, Gray changed Her name and took up ownership of The Brothel. She would die in 1962 in her 80s. In 2007, one of two photographs of Gray were found. Using Forensics and comparing the few surviving rare Etta Place photographs, it was determined Gray could not be Place. Although, some still believe Her story. 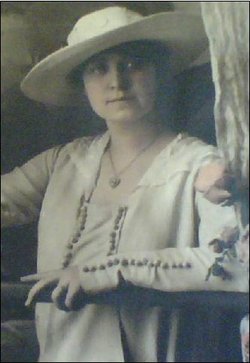