Nicknamed ''The Savior of The Fatherland'', The Estonian PN-3 was seen as that Nations potential ''top fighter'', should World War II begin. As a supporter of Germany, The PN-3 was similar in design to The Messerschmitt Fighter. Production began in 1939. A Single Piloted Fighter, The PN-3 was 35-feet in length with a wingspan of 30-feet. It was powered by a single prop with a RR Kestrel Engine, which allowed for an airspeed of 245-mph (somewhat slow). It would have had an operational ceiling of 18,000-feet. Armament was varied, with 7.92mm Wing Guns it's basic deployment. Only (1) prototype was built prior to The Soviet occupation of Estonia in late 1939-40, This was captured and duly used as ''target practice'' for Soviet Fighters. 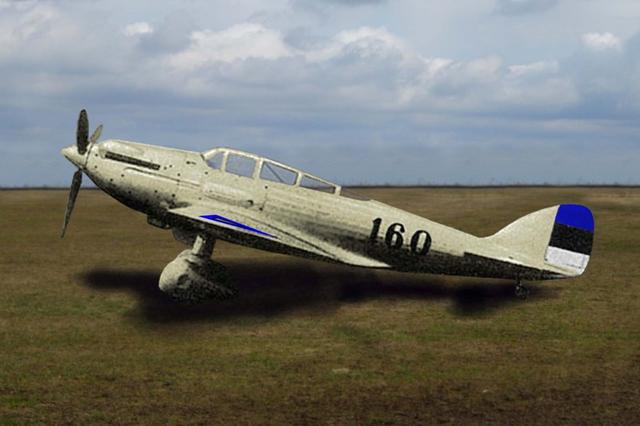