Similar to the previously describe Corab, A ''Erenagh'' was a non-ordained ''Lay Person'' (Male), who worked for a particular Church Parish (Catholic). Also related to the more ancient Roman Title of ''Princeps'' – it is seen originating in Ancient Ireland (9th Century AD). The Erenagh was responsible for collecting a Parish Tithe monies, as well as any monies made from Church owned lands. These funds would be given to a Regional Bishop for distribution to Rome.

The Erenagh (while not Ordained) were still identified with The Tonsure. This – as has been discussed, was a form of hairstyle which identified most Religious Orders in The Middle Ages. The Erenagh were not required to wear any other Formal form of identification. After the 13th Century AD, the official use of The Erenagh began to dwindle in use – although it can still be found as an honorific Title in certain portions of Southern Ireland. 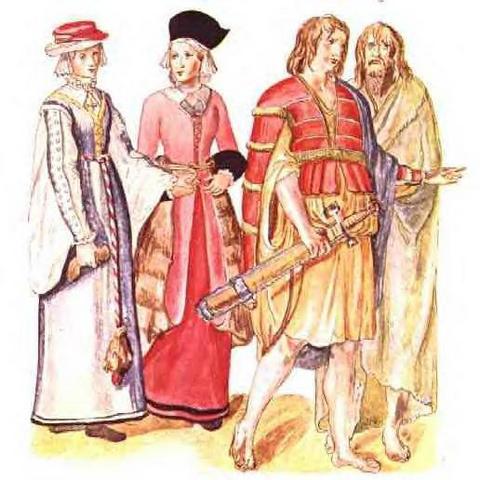