Only the very basic information is available regarding Elise Eskilsdotter. But what remains (either truth or myth), would read like a Hollywood script. The Daughter of a Scania Knight (Sweden), she was born in the 13th Century.  As a Noble, she grew up without want or need. As expected, around 1420, Elise married into The Skanke Family (another Noble House). Her new Husband was Knighted by King Olaf. Amassing much wealth, the two lived comfortably – that was until Elise’s husband decided to “go to Sea’’. He was appointed a Privateer and served in The Dano-Hanseatic War of 1426-25. With the War eventually ending, Elise’s Husband (finding the obvious continued wealth involved in Privateering), continued his plundering against his Marque to end. Elise (the dutiful Wife), went along on almost every Mission, carefully learning her Husband’s new “trade”. This would come in handy when he was killed during a raid.

For all of Elise’s adventures at Sea, she and her Husband still found time to have and raise Children her (boys), who likewise took up the “Family Trade’’ with Elise. So notorious did Elise become, both her and her Husband’s Nobility Titles were taken away and all lands confiscated. No doubt, Elise didn’t mind. She and her Family “worked” the Coast of Denmark, plundering and amassing wealth until Elise’s death in 1483. It is unknown if she fell in battle or simply took her wealth and slipped away to another Kingdom. 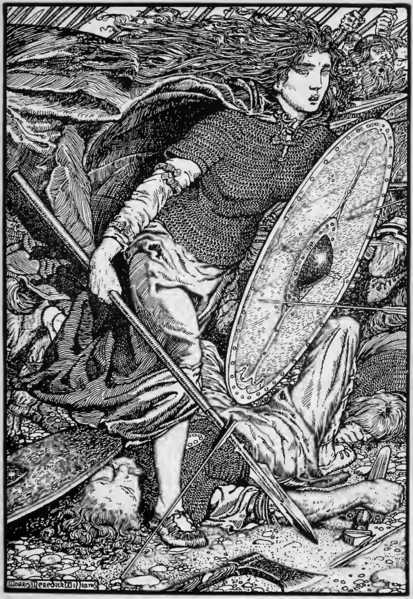