Known by the nickname "Black Jack", he also adopted the name "Christian" (for reasons unknown). Born in 1856 in Oklahoma Territory, Williams started out his "life of crime" as a young man - earning his money as a Cattle Rustler. He wad noted for his often "bad temper" (hence the name "Black"). Having to eventually flee to New Mexico, Williams formed "The High Five" Gang. They terrorized Stagecoaches with several Territories. Williams "graduated" to killing Lawmen. After the murder of several attributed to him in 1895, he again fled to Arizona with The Gang.

While there, "Black Jack" moved on to Bank Robberies. He and "The High Fives" were very successful. So much so, that one of the largest Posse's to that date was formed in Arizona to being Williams and his Gang to justice (or death). In 1897, Williams and The Gangs luck ran out. The Posse ambushed The Gang while trying to rob a Stagecoach. Shot over 20 times, the body of "Black Jack" was placed on Public Display. 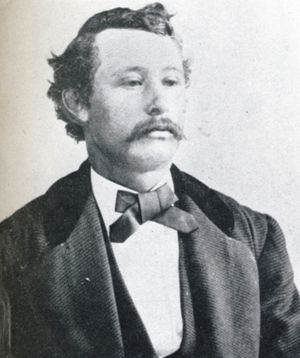